Growth is a Group Project

It’s a new year, Otis is having casual sex, Eric and Adam are official, and Jean has a baby on the way. Meanwhile, new headteacher Hope tries to return Moordale to a pillar of excellence, Aimee discovers feminism, Jackson gets a crush and a lost voicemail still looms. Prepare for commitment animals, alien phenomena, vulva cupcakes and much more of Madam Groff.

The series is reliant on filming during the longer days of British summer, and the sunshine is an important part of its on-screen gloss. The show requires 10 weeks of prep time.[7]

The third season shoot of the series was among the latest UK productions impacted by the COVID-19 pandemic. Eleven Film was due to go into production on the series in Wales in May 2020, but plans changed amid strict social distancing measures being extended for a least another three weeks.[8] Netflix had a hopeful target of August, 2020 to get the series back into production amid the coronavirus pandemic, but it wasn't officially as the situation with COVID-19 developed quickly.[7]

On September 9, 2020 Netflix announced that production had resumed in a video post Wednesday on Twitter.[9] It features cast members Gillian Anderson, Asa Butterfield, Chris Jenks, Connor Swindells, JoJo Macari, Tanya Reynolds and Allistair Petrie packing their bags and readjusting to life on the set and life after quarantine.[10] 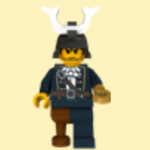